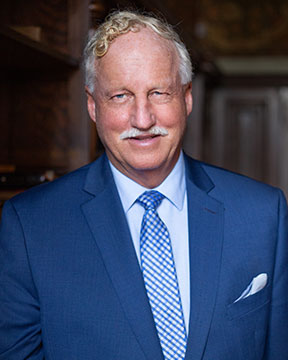 Steve was born in California and raised in Western Canada (Edmonton, Vancouver and Saskatoon).  He is a graduate of Aden Bowman Collegiate Institute in Saskatoon, a Summa Cum Laude graduate of Concordia College in Moorhead, Minnesota and a 1978 graduate of the University of Minnesota Law School.  Steve has been defending civil cases for over 42 years, with a practice that includes extensive work in liquor liability defense, professional liability defense, construction law, admiralty law and commercial, auto and homeowners coverage issues.  Steve has been a lecturer at various Continuing Legal Education seminars, for Bar Association Groups, for Insurers, along with regular appearances on PBS television program “Lawyers on the Line”.  Steve had made presentations for the Minnesota Defense Lawyers Association and the Twin Cities Claim Association.  (He is a member of both organizations.)

Steve also has an active ADR practice, handling more than 30 cases per year as a Mediator and Arbitrator through Reyelts Resolutions.  He has been named a Top 40 Mediator in the State of Minnesota by the Minnesota Journal of Law and Politics.

Steve was a member of the first class of “Rising Stars” named by Law and Politics in 1992 and has received the designation of Super Lawyer for over 20 years. He enjoys the highest rating (AV Preeminent) by Martindale-Hubbell. Legal Knowledge 5/5… Analytical Capability 5/5… Judgment 5/5… Communication 5/5… Legal Experience 5/5.

In addition to his private practice, Steve has engaged in significant pro bono work throughout his career.  He served on the Minnesota Supreme Court Legal Services Commission and has been President of the Volunteer Attorney Program in Duluth.  He has been the Volunteer Attorney of the Year on local and state levels.  He was awarded 1989 Pro Bono Publico Award by the Minnesota Legal Services Coalition.  He was awarded the Reece Smith Award for outstanding national leadership in providing legal services to the poor at the 2002 ABA Equal Justice Conference in Cleveland.